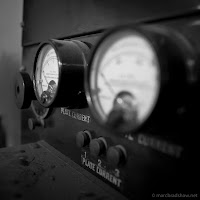 The 29th of June 2013 was the day that photo walkers world wide celebrated the 2nd anniversary of Google+ by doing what they do best, holding photo walks. As usual I participated in the Melbourne photo walk with the +Melbourne Photowalkers, and an epic day long walk split into 3 parts.

Part one started at the historic Astor theatre in Windsor, this saw the theatre full of photographers, then meandering up Chapel St. up to South Yarra Station.

Part 2 started at South Yarra Station and followed a winding route (which of course we saw more as guidelines and therefore completely ignored) to the Shrine of Remembrance. Due to a prior commitment I left the walk at this point, part 3 involved Albert park, beaches, and fire spinning.

Highlights of the walk included much street art; +Trace McLean and +George Darsas shooting each other out of windows; and an increase in the number of film shooters, as +Paul Pavlinovich, +Hanna Silver, and myself all had old school film SLRs with us, although I did also have a DSLR. There were orbs to keep Orbaliciousness happy, and the usual food and refreshment stops with friends making sure that there was as much socialising as there was photography.

I have post processed a small selection of my shots so far, and will be adding more as they are completed, I may even remember to enter some of the competitions this time.

Many thanks to +Paul Pavlinovich, +Lady Fran W, +Margaret Wong, +Nat King, +Chris Leighton, and +Paul Francis for organising, to the Astor for being so accommodating, and to all the regulars and newcomers for making this a very enjoyable walk. Apologies to anybody I have neglected to mention. 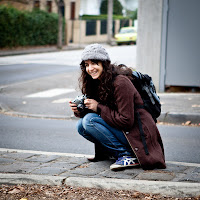 Posted by Marc at 2:51 pm
Email ThisBlogThis!Share to TwitterShare to FacebookShare to Pinterest
Labels: photography, photowalk